Sixty Percent of People with Thyroid Disease Don’t Know They Have it: Are You One of Them? 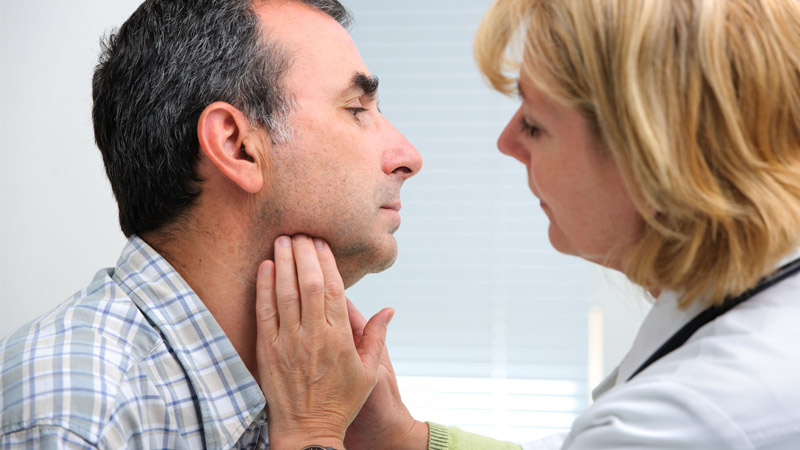 The thyroid is a small but mighty hormone-producing gland in your neck that influences the activity of cells and tissue throughout the body, regulating metabolism and energy. Endocrinologist Dr. Vijay Balakrishnan of Shore Physicians Group says normal functioning of the thyroid is vital to metabolism. It plays a major role in the growth and development of the human body and helps to regulate many body functions by constantly releasing amounts of thyroid hormones into the blood stream. When your regulator is out of kilter, understanding the symptoms and getting the right treatment is key to getting the body’s system back on track and helping you feel your best.

When things in your body are off and you can’t explain why, thyroid problems could be the culprit. The number of people whose thyroid has gone awry are rather staggering. According to the American Thyroid Association, more than 12 percent of the U.S. population will develop a thyroid condition at some point in their life. Although no one is immune to thyroid problems, including men and children, the vast majority of those with thyroid issues are women who run a risk five to eight times greater than men of experiencing thyroid problems in their lifetime. Sixty percent of the people with thyroid disease or its symptoms are not aware of it.

Are you dragging and fatigued after a good night’s sleep or feel like your brain is in a fog? Maybe you gained weight but have not changed your diet, you have the chills, your heart is racing or there is more hair stuck in the hairbrush than normal. These are signs that something is off and it could be that your thyroid is misfiring.

Other symptoms that there may be thyroid-related problems include: dry skin, brittle nails, numbness or tingling of the hands, constipation, muscle weakness or trembling hands, abnormal or irregular menstrual periods, diarrhea or vision problems.

An unexplained change in weight is one of the most common signs of a thyroid disorder. Underactive thyroid, called hypothyroidism commonly presents symptoms like fatigue, weight gain and constipation. On the flip side, an overactive thyroid, which is called hyperthyroidism is associated with weight loss, palpitations, tremors and anxiety.

Thyroid disorders also include thyroid nodules and goiter, which means the enlargement of the thyroid gland. According to Dr. Balakrishnan, “the majority of times thyroid function is normal with a thyroid nodule and the need to evaluate is essentially to rule out cancer.” A patient may need a biopsy of the thyroid nodule which will depend on multiple factors like the size of the nodule, the imaging characteristics on thyroid ultrasound and associated pressure symptoms.