What You Don’t Know About Kidney Stones Can Hurt You 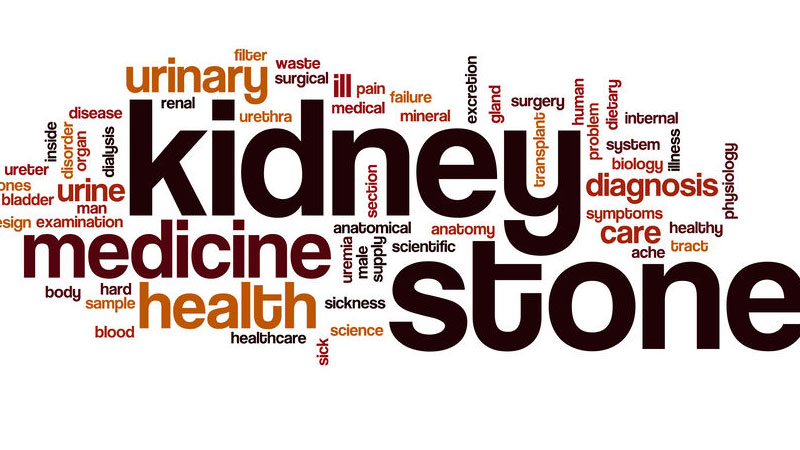 Anyone that has ever experienced a kidney stone knows they can stop you in your tracks with the sudden onset of severe pain. Meredith Jankowski, DO, Urologist, Shore Physicians Group, in association with Jersey Urology Group, said kidney stones are the number one reason people call their urologist. The number one cause of those kidney stones is dehydration, with patients experiencing difficulties voiding a close second. But the doctor said people can be their own advocate for healthy kidneys by doing a few simple things like drinking enough water and monitoring the amount of salt and potassium in their diet.

Who gets kidney stones?
Dr. Jankowski said kidney stones do not play favorites and effect men and women rather equally. According to statistics provided by kidney.org, 1 out of 11 people will experience a kidney stone over the course of their adult life. Roughly 13 percent of men and 8 percent of women will develop a kidney stone with pain significant enough to land them in their doctor’s office or in the emergency room.

Heredity may play a role in the likelihood of a person having a kidney stone. Dr. Jankowski also advises her patients that if they do have a kidney stone, their chances of having a second one are 50 percent higher than the general population. If they have had two stones the chances skyrocket to 80 percent to have more.

What causes a kidney stone to form?
Dr. Jankowski explained that the kidneys act as the bodies filter and remove waste products from the body, balance the body’s fluids and release hormones that regulate blood pressure, control the production of red blood cells and produce an active form of vitamin D that promotes strong bones. She said the stones that form in the kidney and ureters (the tubes that lead from the kidneys to the bladder) are made of salts and minerals like calcium and particularly uric acid that are present in the urine. Those salts and minerals form small pebbles in the kidneys and when start to move they can be quite painful. Kidney stones can also form in the bladder.

“The most common thing we find with patients is that they are dehydrated; they just do not drink enough water. I advise patients to drink at least two liters of water a day,” said Jankowski. “A simple way to know if you are sufficiently hydrated is if your urine has very little color to it. This is the baseline amount that will help to keep the kidneys functioning properly.” While she acknowledges that sometimes it can be difficult to manage that much fluid, she advises patients to do their best.

A common misconception about kidney stones
“Most people think the pain associated with the kidney stone is its movement as it is trying to pass,” said Dr. Jankowski. “That’s not it. The pain is caused by the amount of urine that is backed up and the patient is unable to pass it because the kidney stone is blocking the path. That pain can be quite significant.”

While most patients are able to pass a kidney stone of 5 mm or smaller on their own by increasing the amount of water they drink, those patient with stones larger than 5 mm will need to go another route. One method used by Jankowski to give the patient relief is lithotripsy. The doctor explained that this method uses sound waves to try and break up the stones. While laying on their side, the patient has an external gel pack placed over the area of their kidneys and then sound waves are used to try and break up the stone. The optimum outcome is that the broken particles will pass in the urine. This does not require surgery and it is done as an outpatient procedure.

The other method is a three-part procedure where the physician goes in and removes the stone because it is too large to pass on its own. First, a stent is placed at the blockage and allows the urine to flow around the blockage and into the bladder. The next part of the procedure the physician is the removal of the kidney stone or blockage. A second stent will then be placed to allow the area where the stone was removed to heal. That stent will be removed in a matter of days and the patient should be back to functioning normally.

Symptoms mimic UTI
For many, the symptoms of a urinary tract infection and a kidney stone can be quite similar but knowing the difference could save the patient a lot of discomfort. According to the National Kidney Foundation, if a person should immediately contact a urologist if they experience the following: if they see blood in their urine, notices it has a strong odor or is cloudy, has fever and chills, is nauseous or is vomiting, is only able to pass a very small amount of urine despite feeling the urgency to go, and are experience back pain just below their ribs. This is especially true for those patients who are is overweight and diabetic.

Preventing kidney stones
Drink water, drink water and then drink more water is the advice of Dr. Jankowski. She suggested adding a lemon or lime slice to the water to increase the citric acid. To add some flavor to your drink, Jankowski suggested using Crystal Light. She also advises not to take more than the recommended daily dose of vitamins C and D, limit the salt in your diet, and eat a balanced diet that is not too high in protein.

Changing some of what you eat might not prevent all kidney stones, but for people who have a history of certain kinds of kidney stones some dietary changes may be beneficial. But Jankowski warned, everything is good in moderation. Adding certain foods and dietary supplements may also increase the risk of kidney stones if too much is consumed so discuss plans with your physician. She gives her patients the following dietary suggestions for preventing future kidney stones.

Plan meals and snacks that are low in oxalate. Suggested foods include;

Foods that are medium-high in oxalate, plan to eat only once in a while- these include;

To make an appointment or to speak with Dr. Meredith Jankowski at the Shore Physicians Group office located at 649 Shore Road in Somers Point call 609-365-6241.