What That Swelling in Your Leg Could Be Telling You 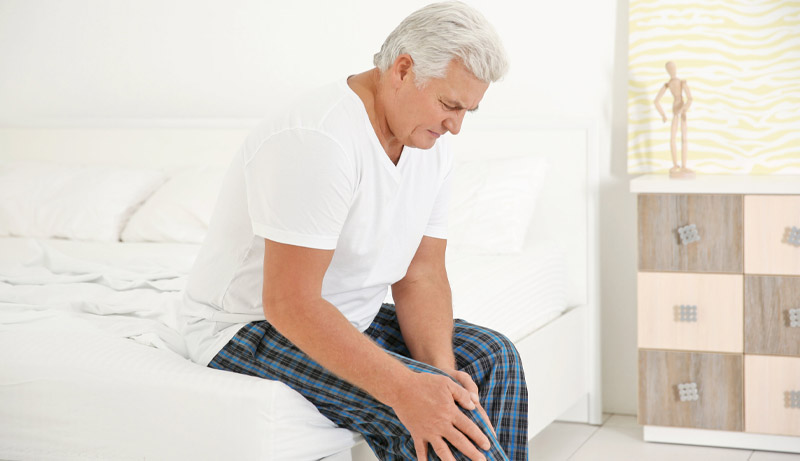 Deep Vein Thrombosis or DVT is a serious condition that results from a blood clot forming in one or more of the deep veins. It is most commonly found in the lower leg veins but according to Dr. Leonard Galler, Chairman of the Department of Surgery at Shore Medical Center in Somers Point and a General and Vascular Surgeon with Shore Physicians Group, blood clots can occur in any vein such as those in arms, legs, pelvis, and even renal veins and portal veins. If DVT is untreated significant morbidly and even mortality can occur. An example of a complication is a pulmonary embolism, which is a blood clot that breaks off and dislodges in a pulmonary vein leading to respiratory compromise.

DVT is a Significant Health Problem

“DVT is a major vascular problem,” said Dr. Leonard Galler. “It is the third leading vascular issue behind cardiac and stroke issues. Approximately 400,000 incidents of DVT occur in the United States each year. Dr. Galler again emphasized, “There are significant consequences if DVT is not treated. People can die from untreated blood clots.”

He added that varicose veins can become thrombosed but does not have the risk of a DVT. A varicose vein, which is a dilated vein under the skin where blood can pool, will not break off and travel to the lungs.

Early symptoms of a DVT blood clot may include swelling and tightness in the legs. There may be a persistent throbbing or a cramp-like feeling in the leg along with some pain or tenderness in the area when walking. There may be some warmth to the affected leg as well. According to Dr. Galler, it is normally noticed by the patient that one leg is more swollen than the other. DVT blood clots can occur bilaterally, in both legs but it is more common to occur in a single location. Patients who experience these symptoms need to be seen by a physician or nurse practioner for evaluation quickly.

Reasons a DVT May Develop

Genetics may also play a role in the formation of DVT. Dr. Galler said, “Blood factor deficiencies such as Factor V Leiden can cause DVT. Patients who give a family history of DVT need to be worked up for genetic deficiencies of clotting disorders.”

Dr. Galler explained, if there is a concern of a possible blood clot, an ultrasound, computed tomography (CT scan) or magnetic resonance imaging (MRI) scan may be prescribed to confirm the diagnosis. The most common modality is the ultrasound as it shows the blood flow in the veins and any blood clot that may be there. D Dimer blood tests can also help diagnose a blood clot. According to Dr. Galler, Shore Medical Center and the Vascular Lab at Shore Physicians Group have availability in the hospital and the office setting to perform these diagnostic tests.

Dr. Galler said the standard of care for treating DVT is the administration of blood thinners either by pill, IM injection, or IV infusion. The anti-coagulants block specific clotting proteins from forming clots thus allowing regression and resolution of the clot. Treatment is individualized and may require a three to six month regimen. Some patients may need to take blood thinners for the rest of their lives to keep clots from forming. He added that at times there will be adjustments needed because of an allergy or a patient’s intolerance for one medication over another.

For those who do not benefit from blood thinners or have contraindications to blood thinners, there are other methods to remove or dissolve blood clots. In some cases, patients may need an IVC filter implanted that will stop a clot from traveling to the lungs thus reducing mortality and morbidity.

Patients will often be told to wear compression stockings after the start of blood thinners and improvement is noted. Compression stockings are specially designed socks or sleeves. They squeeze or compress the leg in a way that improves blood flow and reduces swelling. The stockings tend to apply the most pressure at the ankle and then the pressure decreases farther up the leg, forcing blood upward. The stockings are designed to ease swelling and engorgement in the lower leg as well as reduce discomfort.