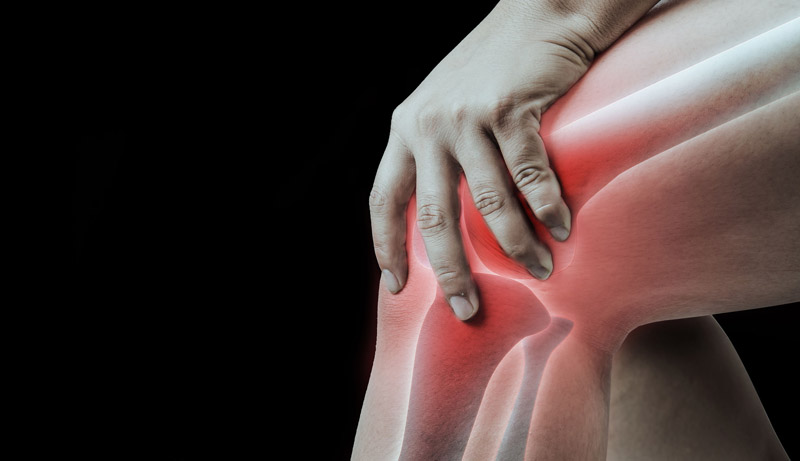 Football is back! The pandemic has created cancellations, delays and disruptions but college and professional sports have returned and unfortunately, so have many of the injuries that athletes encounter on the field. Shore Physicians Group Orthopedic Surgeon Dr. Mickey Bui treats many sports related injuries from varsity players to weekend warriors.

Kinds of Sports Injuries
We hear the injury reports each week; separated shoulders, ACL tears, high ankle sprains, and rotator cuff injuries. But what are they, how severe are they and how long will my favorite player be sidelined? Dr. Bui said that recovery time is dependent upon the severity of the injury and if surgery is required or if the athlete is able to recover through rehabilitation and physical therapy.

Mounting injuries
Dr. Bui said media analysts and sports physicians alike are discussing the possible reasons this football season has been marred with so many injuries already. “It could be due to the lack of a pre-season and shortened training camp due to Covid 19,” said Dr. Bui. “Likewise, the stickiness of the synthetic turf that the games are played on can lend to injuries, especially at specific stadiums like the Meadowlands where the New York Jets and the New York Giants both play their home games. He specifically mentioned the September 20 game at the MetLife Stadium that resulted in a number of players suffering ACL tears that sidelined players.

What we Knee(d) to Know
Even the strongest athlete can find themselves on crutches from knee and ankle injuries. Often while watching a game the announcer will mention players who are out with an anterior cruciate ligament (ACL), a medial collateral ligament (MCL) or a lateral collateral ligament (LCL) tear. Dr. Bui offered some insight into what constitutes those injuries and how long before the player can get back into the game.

“A crude rule of thumb for ligament injuries is: no surgery when sprained and surgery when torn. Saquon Barkley of the NY Giants and Nick Bosa of the 49ers are just two of the stars recently to have torn their ACL’s, which is the most common knee ligament injury. The ACL is inside the middle of the knee and it stabilizes the knee during cutting and twisting maneuvers,” said Dr. Bui. “It also prevents the development of knee arthritis later in life by stabilizing the knee.”

Using an analogy, Dr. Bui said to think of a knee injury like driving on wheels with loose lug nuts and therefore having wobbly wheels. “The MCL and LCL are on both sides of the knee and prevent the knee from being bow-legged or knock-kneed. They can be injured with a blow to the side of the knee.” According to Dr. Bui, a sprain can often recover in 4-6 weeks with a brace but a full tear is a season-ending injury.

Explain the Sprain
A sprain is a common grid iron injury whether you are a Philadelphia Eagle or a weekend warrior playing flag football with friends. Dr. Bui explained that a regular sprain would be considered a low ankle sprain, similarly rolling the ankle is really the same thing and probably the most common injury for all athletes. Those sprains occur in the area where the ankle ligaments connect the leg to the foot.

“Sprains rarely need surgery but recovery can range from ‘walking it off’ to two to three months out of the game. Surgery is only for people who have recurrent sprains resulting in a chronically unstable ankle,” said Dr. Bui. “A high ankle sprain is actually an injury to ligaments that connect the two bones of the leg itself, the tibia and fibula. They also rarely need surgery, but do take a longer time to heal, usually 3-4 weeks, minimum.

Shouldering the Pain
It is not an uncommon sight to see a football player leaving the field after a particularly rough tackle holding one arm motionless and the injury report is later a separated shoulder. Dr. Bui explained the dynamics of the injury by first spelling out the anatomy of the shoulder. The shoulder is comprised of two joints: the main joint is the glenohumeral joint which is the ball and socket and it is the main part of the shoulder that moves when the arm moves. When this pops out of place it is known as a shoulder dislocation.

The second joint in the shoulder is the acromioclavicular joint. It connects the collarbone to the shoulder blade with a series of ligaments and there is barely any motion here. The joint functions to connect the arm to the torso. “When these ligaments are torn at the AC joint, it is called a shoulder separation because one of the connections between the torso and the arm is torn off,” said Dr. Bui.

Repairing a separated shoulder and getting the patient back on the field is very individualized. “Mild separations can heal in one to three weeks in a sling. There are multiple ways to fix shoulder injuries, both open and arthroscopically, all with similar results,” said Dr. Bui.

A Pain in the Hip
Many athletes suffer with hip pain making it hard to compete at an optimum level. Dr. Bui explained a common cause for hip pain is a hip labral tear. “Unlike shoulder labral tears which are usually due to a loose shoulder, hip labral tears are due to a tight hip. Hip labral tears can also occur in the one-normal hip of athletes who ask their hips to do extreme motions: gymnasts, cheerleaders, baseball infielders and catchers, soccer players and hockey players. The pain often comes on slowly and often players can play through the season, and we will shut them down for treatment during the off-season to try and get them back on the field without missing any time.”

Rotator Cuff Injuries are Not Kid’s Stuff
Weekend warriors and older athletes are prime targets for rotator cuff injuries according to Dr. Bui. “Rotator cuff injuries are very rare in young people, athletes or not,” said Dr. Bui. “In fact, rotator cuff tears happen for very minimal injuries in middle aged people and for no reason at all in older people. We are lucky this barely happens in young people because a rotator cuff repair surgery is usually career ending in a competitive, overhead athlete who use their upper arm and shoulder to throw. If the patient has a completely torn rotator cuff muscle, surgery is usually the best answer for shoulder function.” Dr. Bui added, “Many tears or partial tears can be rehabbed without surgery.”

For more information about sport injuries or to schedule an appointment with Shore Physicians Group’s Orthopedic Division call 609-365-6280.