Is Something Uninvited Lingering at Your Summer Barbecue? 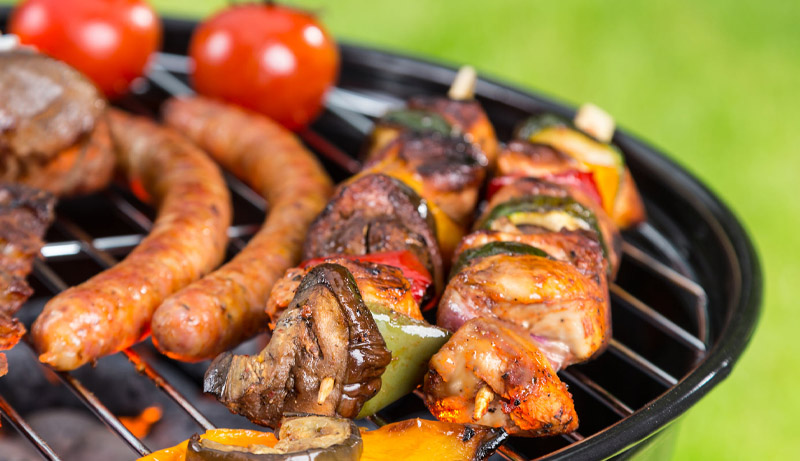 Summer is a great time of year for spending days outdoors with friends and family at the pool and at the beach. Summer barbecues are a big and fun part of the summer scene. But if the host is not vigilant, or if they purchased something that might be contaminated, what can come along with those barbecues is a most unwelcome guest – foodborne illnesses.

According to Dr. Steven Cetel of Shore Physician Group, some of the more common foodborne illnesses are salmonella, campylobacter, E. coli, listeria, clostridium botulinum (botulism) and norovirus. Dr. Cetel said the norovirus is one that is easily spread on cruise ships due to the close personal contact.

The Food and Drug Administration considers when two or more people get the same illness from the same contaminated food or drink, the event is called a foodborne illness outbreak. The FDA investigates outbreaks to control them, so more people do not get sick and they learn how to prevent similar outbreaks from happening in the future.

Turn up the Heat

Even if you love a juicy, rare hamburger right off the grill, it might not be the best plan. Dr. Cetel advised that undercooked meats and seafood are a high risk for foodborne illnesses. “They usually have some viruses and bacteria already in the meat and cooking them fully kills the germs so we do not get infected,” said Dr. Cetel. He added that any handling of raw foods, including eggs, requires hand washing and cleaning the surface before touching anything else.

Dairy products and the sun do not make a good match. Dr. Cetel advises that foods containing dairy and those with mayonnaise like potato salad or chicken salad should not be left out for longer than 1-2 hours. With warmer temperatures, that time is reduced. “Bacteria grow and spread much quicker at warmer temperatures. Refrigerating dairy helps to keep bacteria from growing to the point where it could cause any symptoms,” said Dr. Cetel. “The most common way people will contract any foodborne illness is by eating undercooked or spoiled foods. We can also contract them from person-to-person contact.”

The Centers for Disease Control and Prevention estimates that 1.5 million people in the U.S. get sick annually from Campylobacter, the most common bacterial cause of intestinal distress. The source is normally raw or undercooked poultry or anything prepared nearby that touched it. It can also be contracted as a result of contact with animals or drinking untreated water.

Dr. Cetel advised cooking meat and seafood fully as the best defense against getting sick. He added that food should not be left outside unless it is in a cooler during in warmer temperatures. Additionally, Dr. Cetel recommended taking basic precautions, like washing hands regularly, especially after using the restroom, and not touching your face helps you prevent the spread of illness when working in the kitchen.

Listeria is another culprit in many foodborne illness cases each year. It can be found in raw vegetables and fruits like cantaloupe due to contaminated soil or from contaminated manure that was used as a fertilizer. It can also come from unpasteurized milk and certain processed foods like soft cheeses, hot dogs and deli meats, according the FDA. The rule of thumb here is to keep foods cold, wash fruits and vegetables before eating them, and wash hands frequently.

Symptoms and Treatment of Foodborne Illness or Food Poisoning

Dr. Cetel said that food poisoning symptoms will come on about 6-8 hours after the exposure to the spoiled food. Symptoms include nausea, stomach cramps, vomiting and diarrhea. “The best way to treat these symptoms is to make sure you stay hydrated. Most of the time antibiotics are not needed and the symptoms will go away within a few days. Limiting solid food intake for a day or so can be helpful to allow the GI tract to heal. The BRAT diet (bananas, rice, apple sauce and toast) is best introduced slowly. When the GI tract is inflamed it does not absorb food well early on and it can make the symptoms worse. The BRAT diet is a good start as those foods are easily digested.