Good Hygiene is Imperative During Cold and Flu Season 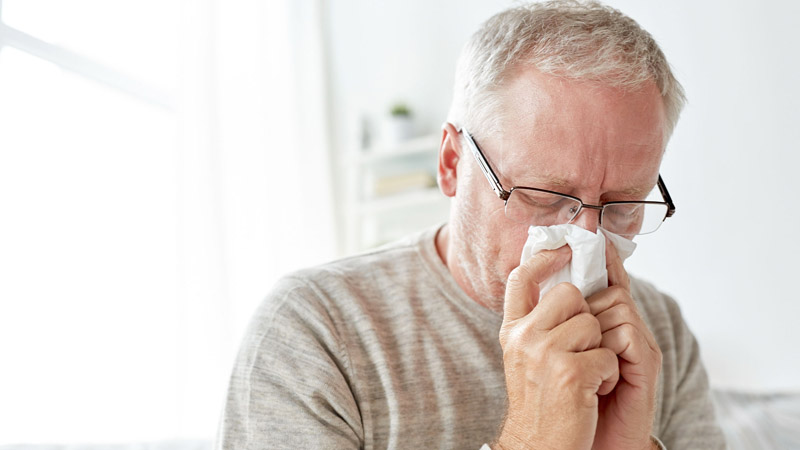 At Shore Urgent Care in Northfield, Dr. Neil Sloane is busy treating sore throats, swollen glands, bronchitis and flu-like symptoms, which make up the majority of cases he sees this time of year. Dr. Sloane says that while it can be difficult to avoid getting sick this time of year, practicing good hygiene can help fight the spread of viruses that cause respiratory illnesses.

Should You Take an Antibiotic for that Sore Throat?
“Sore throat” is not a diagnosis, according to Dr. Sloane. “It is a symptom of several upper respiratory illnesses.” According to the Center for Disease Control in Atlanta, 95%of upper respiratory infections are caused by viruses and are not responsive to antibiotic therapy, which only works for bacterial infections. Dr. Sloane said most of the viruses will resolve on their own in three to four days.

Dr. Sloane added that giving a patient an antibiotic when the cause of the illness is viral creates a larger problem. “The danger with giving an antibiotic without proof the infection is caused by bacteria is that the most common antibiotics are not effective when they are needed,” said Dr. Sloane. He added there is a 40% resistance to Zithromax Z-Pak, a macrolide-type antibiotic.

“It is very clear that school children will pass along the infections to their classmates and teachers, who then return home and infect their whole household. Surprisingly this may very well happen again and again to the same families. The culprit is that infections are spread via droplets and anyone within six feet of the patient is susceptible,” said Dr. Sloane.

How You “Catch” a Cold
Transmission of viruses is unfortunately quite simple. Most often, the virus spreads from person to person in respiratory droplets from sneezing or coughing or due to poor hand washing. An infected person may shed viral particles onto their hands and then share these particles to someone else through a handshake or by handing them an object such as a pen. The second person then touches their own nose, eyes or mouth and thereby acquires the virus. Some viruses can live on surfaces such as sink faucets, door and drawer handles, table surfaces, pens, and computer keyboards for up to two hours, providing another way of spreading the infection.

According to the CDC, people should understand that upper respiratory infections are contagious and are spread from person to person. Individuals are infected with the virus before symptoms arise and are therefore potentially contagious even before they know they are ill. Thus, hygiene is extremely important to keep yourself and your family healthy. Covering sneezes and coughs, and regular hand washing should be a routine habit practiced by everyone even when they are not ill.

Dr. Neil Sloane is board certified in Obstetrics and Gynecology. He is also an educator of nursing students, physician assistant students and OB/Gyn residents at Temple, Pennsylvania Hospital, Hahnemann Hospital and Thomas Jefferson University.