Does Coloring Your Hair Increase Your Breast Cancer Risk? 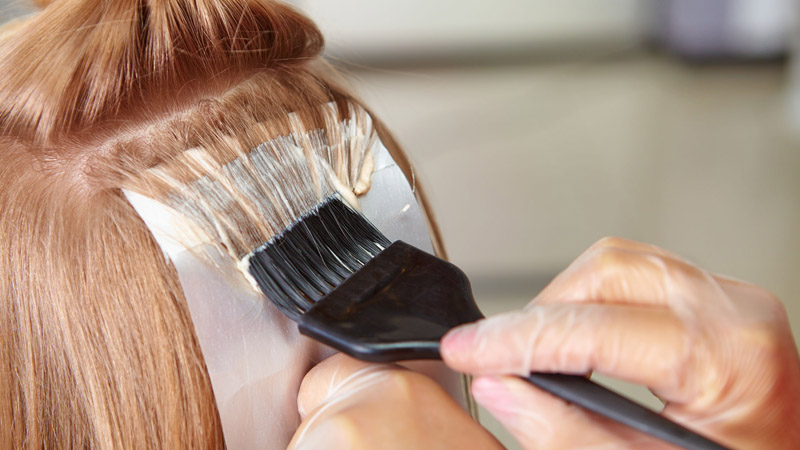 Maintaining that youthful look and getting rid of those telltale gray hairs may come with a hidden cost. In December, the International Journal of Cancer published a study undertaken by the National Institute of Environmental Health that followed 46,709 women who had a sister previously diagnosed with breast cancer. (A family history of cancer indicates a higher risk).

General Surgeon Dr. David May, MD, FACS and President of Shore Physicians Group who specializes in breast surgery looked into the recently released study. Dr. May said, “There is clearly an association between the use of hair dyes and hair relaxer, as the women in the study had much higher rates of breast cancer compared to women not using the products.” He noted that particularly interesting was the greater risk for African American women using hair dye and for white women using hair relaxer, and that semi-permanent or temporary hair dyes showed no correlation to an increase in breast cancer. Less frequent use of the products also showed no correlation. Those in the study were using permanent hair dye or hair straightener every four to six weeks.

Before women consider their use of hair products, Dr. May advised that although these findings are significant, they do not prove causation. “It only proves that the use of these products was associated with a higher risk of cancer. There can be many other associated findings with women that use hair dyes such as the use of other hair products as well that theoretically could be the carcinogenic agent,” said Dr. May.

As far as seeing this in his own practice, Dr. May said it could be something quite difficult to see or prove. He said, for example, the number of women that may be affected could be significantly small and/or the frequency with which women use these products fairly high that it would be difficult to ascertain in your own practice whether one of your patients has actually been affected by the hair products.

Dr. May said that clearly this information is sound enough that all women should consider their breast cancer risk in the face of using these types of products. But he added that there are many other agents that have an even closer association with breast cancer or are clearly causative such as tobacco products, alcohol use, and even working primarily during night shifts. There are other risk factors as well, such as early menarche, late menopause or never having children or breast-feeding. Obviously the risks for breast cancer are many and varied and it is difficult to put into perspective for most women.

Dr. May also discussed the role that permanent hair dye may play as an endocrine disruptor, possibly increasing the risk of cancer. According to Dr. May, an endocrine disruptor is a chemical that interferes with the normal endocrine or hormonal function of your body. With regards to breast cancer, there are normal interactions of estrogen and progesterone on breast tissue that if interfered with by an exogenous chemical such as the hair dyes or hair relaxer, may either stimulate the creation of cancer cells or drive the growth of cancer cells by functioning as a “substitute” of a hormone such as estrogen.

But should women avoid the use of permanent hair dye or straightener? Dr. May advised that the study involved woman of average risk of breast cancer and the use of the hair dyes and relaxers drove the risk of breast cancer to an increase of 50 to 75%. “I would therefore advise essentially all women that they should evaluate their use of hair dyes and hair relaxer with regards to their future risk of breast cancer. I would also recommend they evaluate their other habits such as the use of tobacco, alcohol, estrogen replacement and other potential carcinogens that may increase their risk as well,” said Dr. May. Further, Dr. May said to keep in mind that the general population risk for breast cancer over a lifetime is approximately one in eight or 12%. In the case of the hair dye there was an observed 50% increased risk of subsequent breast cancer which means the women increased their risk by 6% to an overall risk of 18%. While any increase is significant, it is certainly not a guarantee of developing cancer.

In conclusion, Dr. May said that although this study is fairly significant and has robust findings, he would recommend taking it with a “grain of salt.” “There are many studies the come out seemingly every week which report some association with risks of cancer. It becomes very alarming and paralyzing if one takes them all at face value. It may be more prudent to have an overall evaluation of your exposure to everyday chemicals such as tobacco and alcohol as well as these more specialized types of chemicals such as hair dyes and relaxers and even more dangerous chemicals such as pesticides, lyes and herbicides.