Sleep Apnea Can Cause Diabetes 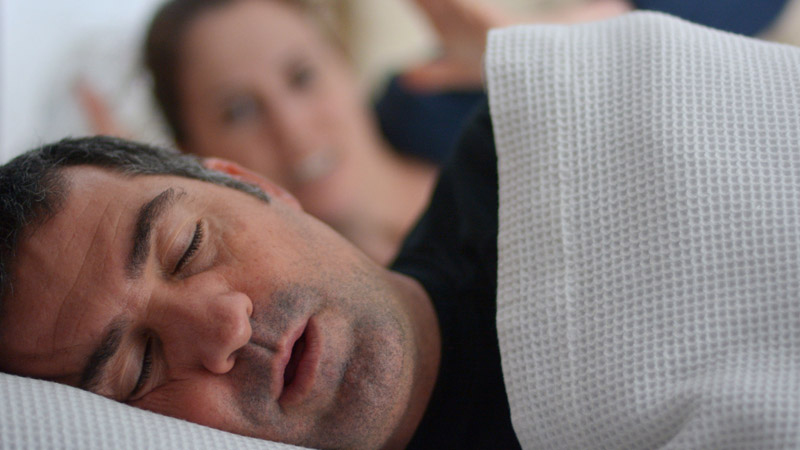 Sleep apnea isn’t just a nuisance – it is hazardous to your health. According to Shore Physician Group Pulmonologist Dr. Sallustio Del Re, obstructive sleep apnea (OSA) can result in many health problems that can have long term effects.

“It is not just a case of waking your partner with loud snoring and being tired throughout the day, which are not good, but in certain populations, sleep apnea can actually cause diabetes,” said Dr. Del Re. “For people who have a family history and are predisposed, or for people whose diabetes is poorly controlled, OSA is a significant concern.”

OSA and Cardiovascular Health
OSA is a condition where the person stops breathing during sleep because of a narrowed or closed airway. Common symptoms include snoring, interrupted breathing during sleep, frequent awakenings during the night and difficulty staying asleep during the night. Those with OSA will frequently be tired and sleepy during the day. Aside from just being sleepy, OSA is also taking its toll on the heart and blood vessels. According to John Keeley of Persante Health Care, which manages Shore Medical Center’s Sleep Center, OSA can result in hypertension or difficult-to-control blood pressure. About 30% of people with high blood pressure have OSA. For those already diagnosed with OSA, there is a 50% chance of hypertension.

OSA may have connection with other medical problems
Dr. Del Re said OSA is an underlying problem for a number of other health problems. Coronary artery disease (hardening of the arteries) is one of those problems and happens when the small blood vessels that supply blood and oxygen to the heart become narrow, a condition that can lead to a heart attack. According to information from Persante Health Care, up to 70% of the people admitted to the hospital because of coronary artery disease were found to have sleep apnea. Dr. Del Re said OSA is linked to depression as well as other conditions.

Treating OSA Improves Glucose Levels
Dr. Del Re explained that OSA increases the risk of diabetes. “For a long time we have known there was a connection between sleep apnea and diabetes, but we were not able to pinpoint exactly what is the trigger. What we do know is that treating OSA in diabetics improves nighttime glucose levels and insulin sensitivity,” said Dr. Del Re. The pulmonologist said the best treatment is the C-PAP machine. He explained that some people may not like the mask on the C-PAP and some will quit using it, but it’s important that they continue. The machine keeps the airways open allowing them to breathe freely, eliminating the gasping that has been waking them up so they can get restful, restorative sleep.

Downside of not treating OSA
Left untreated, OSA may lead to hypoxemia, or low oxygen levels, that in turn triggers insulin resistance, according to Dr. Del Re. Insulin resistance is when cells in your muscles, body fat and liver start resisting or ignoring the signal that the hormone insulin is trying to send out. That signal is to grab glucose out of the bloodstream and put it into our cells.

The body is also releasing the hormone cortisol, the body’s self-defense mechanism. “When a person is awakened, even though they may not realize, it is fight or flight reaction and that sudden jolt that wakes them up.

“They are overly tired the following day and don’t understand why. They may have gone to bed early but awake the next morning still very tired. “These people never get to that stage of delta stage of sleep because they keep waking up,” explained Dr. Del Re. “Without that restorative stage of sleep the body will not have a chance to renew and refresh. The person will be tired the next day and that sleepiness makes the body crave food. The body is fighting to get more energy and this can lead to a progression of obesity.

Sleep studies are conducted to determine if a person is suffering from obstructive sleep apnea. To discuss sleep issues, snoring, frequent waking up and chronic tiredness during the day, discuss the problems with your physician. To schedule an appointment with Shore Physicians Group pulmonologists Dr. Sallustio Del Re or Dr. James O’Connor call 609-926-1450.